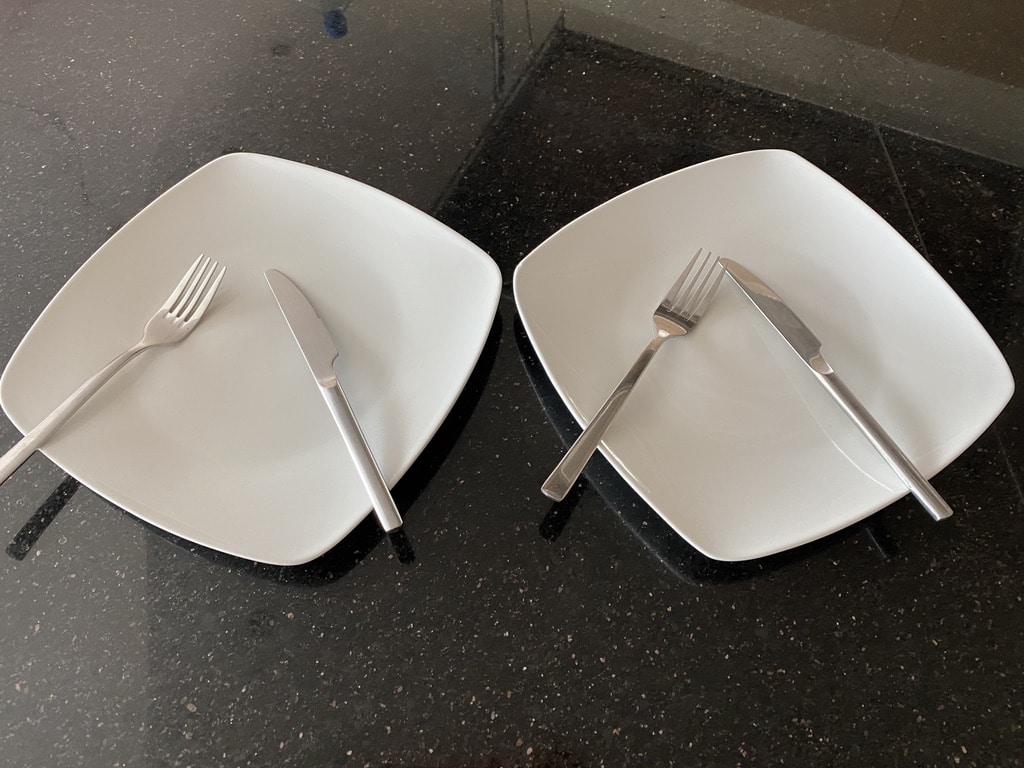 On Saturday evening, at 6 p.m., the time had come: I had set my previous record of 24 hours of fasting and had therefore advanced into an area that had been unknown to me until then. More than a whole day without food – a few years ago something like this would have seemed almost unthinkable and by no means healthy.

So at this point I had to draw some parallels to self-development in general and to individual sub-disciplines – such as meditation – in particular: Sometimes I was simply afraid. If one is haunted for a day or longer – due to lack of food – by circulatory weakness and the associated symptoms and is generally weak, one can sometimes be gripped by bare fear. I felt sick, weak, and helpless. Of course, I also felt proud and interested in exploring and experiencing something new. Nevertheless, I sometimes felt queasy – just like it often is when I try and experience something new.

As with meditation, pick-up, self-development and actually life in general, it was basically again about controlling my head and my emotions. To master by not giving in to the feeling of hunger and now also to fear.

And so the Saturday basically ended like it had gone before: Circulatory weakness and general weakness led to the fact that I fell into bed dead tired and immediately fell asleep like a rock. Something that is something special about my clinical picture. The night went more undisturbed than usual: no lying awake, no itching, no scratching, no nervousness or worrying thoughts.

I only struggled with mild calf cramps.

Sunday felt even weaker than the day before. It was very difficult to get up. I could hardly find anything that motivated me that day.

Other symptoms that I noticed or had on Sunday:

Bonded eyes, runny nose, blatant bleeding gums, pain in calves and bones (typical of detox), and pee that was of a disturbing rust-brown color.

After waking up, I was already at 38 hours because I hadn’t eaten any food since 6:00 p.m. on Friday evening.

On Sunday I had to prepare the presentation for a workshop on “eCommerce Marketing” for a customer, and I hardly had the strength to do it. For another customer, I also had to coordinate the creation of their website. On Sunday morning it seemed impossible to me to achieve anything presentable with so little strength, energy and motivation. But with sheer willpower and lots of breaks (about every 15 minutes) I achieved results that I could be really proud of. That showed me once again how far I can get if I keep my head and my emotions under control.

My head had meanwhile automatically started to suggest specific food to me:

“We should have a salad again. It’s healthy and doesn’t do any harm. That is always better and healthier than fasting for so long. “

“Let’s just make soup and eat it. It is not heavy in the stomach and does not burden us. “

“Only vegetables would be enough. You need a lot of vitamins and minerals. “

Let’s be honest: If someone had served me boiled shoe sole, I would at least have tasted it. For a long time now it was no longer the “what” that mattered, but only the “whether” of the food.

The circulatory weakness took on sometimes frightening forms during the course of the day, the weakness became a constant and well-known companion over time. My girlfriend and I dragged ourselves up the stairs in the apartment building step by step and hung along the railing. At first I thought about what the two of us might look like to outsiders. But this feeling of shame wears off pretty quickly. At some point it’s all about survival.

What really helped me a lot since Saturday evening: ginger tea. The ginger tea increases blood pressure and stabilizes my circulation. This made it much easier for me to cope with everyday life at least to some extent. Although that is really exaggerated: a walk was interrupted after 200 meters by sitting on the next park bench and finally ended after another 100 meters.

In the late afternoon and early evening, the circulatory system and physical strength gradually improved; the ginger tea worked. Concentration and work were also easier again. But when I was done after 10 hours of work, I still made three crosses.

My girlfriend seemed a little fitter overall; she was doing the fun (by that I mean the “Colo Vada” detox program) for the second time. I think the body gets used to exceptional situations quickly and it will therefore never be so unprepared again.

My skin was already showing clear signs of improvement: the inflamed areas became smaller very quickly and healed after the first day. In addition to the real night’s sleep, I hardly had any attacks of itching, scratching or pain during the day. My joints have also calmed down, are swollen and no longer painful.

In general, I thought a lot about food on Sunday: in all variations. And I smelled it all over the place. Every smell seemed to remind me of a meal I ate at some point. And whenever I was torn from my daydreams by the realization that I was not allowed to eat, I got a little sad for a moment. It shows me how closely food and dopamine are linked in my head. – Eating makes you happy.

I noticed another parallel to meditation: You perceive your emotions very intensely at the moment, but you forget them very quickly. That’s what the purpose of meditation is: to realize that feelings are just a momentary phenomenon that is too often overrated. Control of hunger = control of a feeling.