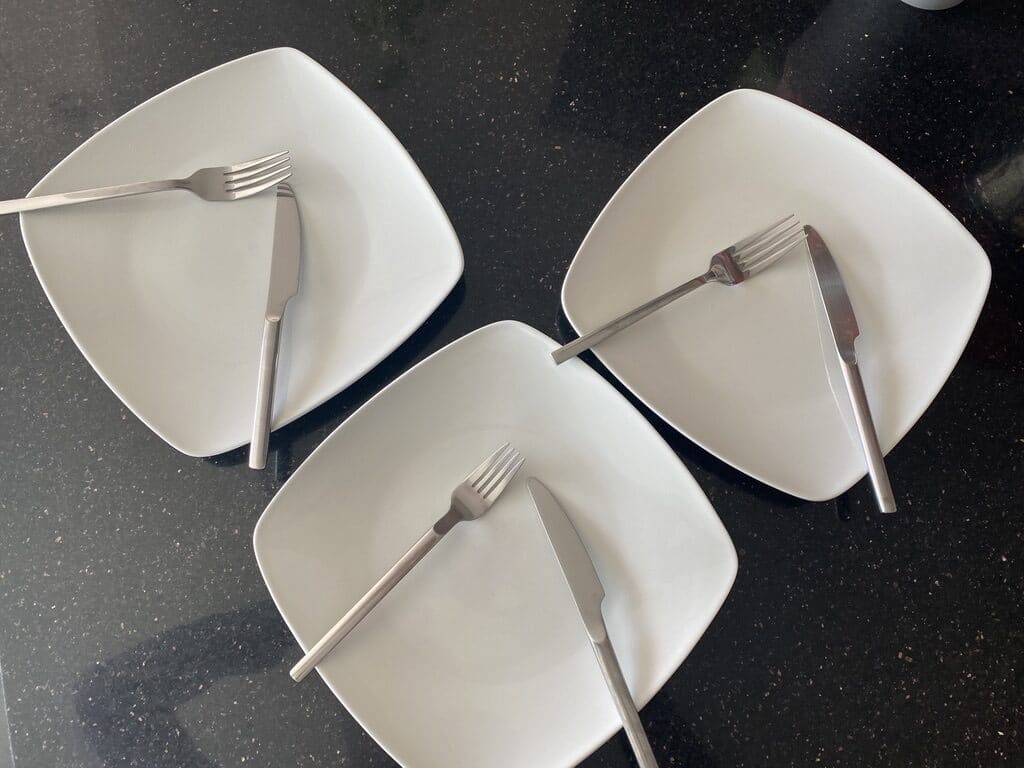 My worries and fears were even greater before day 3 than during all previous days. Two full days without food were one thing, the fact that the weekend was now over and I had to be more mobile again for customers and interested parties was another.

So I remembered my original goal and didn’t want to get cocky: Originally, my wish was to just make it longer than 24 hours. That was my maximum so far in fasting. With the night’s sleep from Sunday to Monday, I was already at more than 60 hours on Monday morning. That was almost three times my previous record, and it made me incredibly proud of myself.

However, the failures were meanwhile worrying: I could no longer go up the stairs at my customer’s and had to take the elevator again and again for two floors. Often my eyes went black and I had problems following discussions with focus.

Even if, as already reported, I had worked for my customers on the weekend, everything was a little different at the beginning of the week. At the weekend I was able to organize my strength better – as more freely. On Monday, of course, I was more externally controlled. I had to attend meetings and had a lot of calls.

The advantage on Monday was clearly that I could think less about hunger and food. I was challenged too much during the day to spend too much time on it. Because the ready-made powder of the detoxification program (“Colo Vada”) made of psyllium husks and white clay had become a truly disgusting affair. It had become difficult to get it swallowed; it hardly relieved hunger.

The starting conditions were therefore anything but ideal: I nevertheless decided to stick to the last 36 hours and thus complete the 4 days of the program in accordance with the rules.

Since I had now exceeded the 60-hour mark, it was time to draw an early conclusion on my skin condition:

Already within the first 24 hours my skin and especially the more inflamed areas had healed very well. I had almost no itching during the first few days of fasting and slept very well. Of course, I was also very exhausted every evening.

As a patient with atopic dermatitis or other autoimmune diseases is often very much on your own, the guesswork starts again at such moments. What could have been the cause of this surge? Basically, I should have significantly reduced the inflammation levels in the body through fasting. Nevertheless, there is basically an infinite number of possible “responsible persons”:

On the one hand, this could come from the extra ginger tea that I drank more yesterday to stabilize the circulation. On the other hand, it could also have been due to the powder mixture of flea seeds and white clay that my body only runs through my body extremely slowly. This is intended to loosen the waste from the intestine and remove it from the body; at the moment this mixture has not yet left my body. This could cause toxins to swim around dissolved in the body and cause discomfort.

Nevertheless, I am hopeful that my friend – after completing the program for the first time – noticed a significant improvement in her skin condition. Of course, I would also like to have this experience. In return, I am ready to accept the initial deterioration.

I also noticed one aspect of the human psyche in the course of this conversation: Yesterday my friend complained a lot about the physical effects of fasting. When I asked her why she was doing the program a second time at all, she only said: “You quickly forget how exhausting it was and you only see the good results on the skin.” That shows once again how quick we humans are in forgetting – in general – and how fleeting emotions are in particular. Our brains seem to have a hard time remembering feelings from the past.

Anyone who has attended one of my workshops on “Attraction and Comfort” will remember that I have often addressed this topic: Feelings cannot be taken home! Anyone who thinks that they are imposing in particularly brazen, flashy and emotional marketing slogans alone

The memory of the buyer or the target remains, is wrong. Only the return to the rational and factual underpins such attempts and lets them remain in the memory of the addressee.

A lesson that you also have to learn early in the pick-up: Anyone who speaks to a girl and only pays attention to her feelings will be forgotten before she even gets home. That is why it is so important to have a little chat and reveal details of your own life. So that she can combine the good feelings with rational facts and thus remember better.

On Monday, I got into a deeply depressed mood with an absolute lack of motivation: I no longer knew what motivates me, makes me happy or even why it might be worthwhile to keep fighting. I noticed that my fast was out of breath and I didn’t have the feeling that it would bring me any further benefits.The previous night’s calf cramps were so bad that I woke up several times because of them. Another night like this seemed like a very unpleasant prospect to me.

Apparently I wasn’t alone like this: my girlfriend called me just then and told me something similar. She asked me directly whether we should complete the three days and then break off. I absolutely agreed.

I used the last two hours to go shopping and put together my dinner: a smoothie made of blueberries, carrots, spinach and coconut oil as a starter, salmon with vegetables as the main course and later some natural yogurt with raspberries. I could barely stop eating and enjoyed every single bite.